← more from
Geenger Records
Get fresh music recommendations delivered to your inbox every Friday.
We've updated our Terms of Use. You can review the changes here. 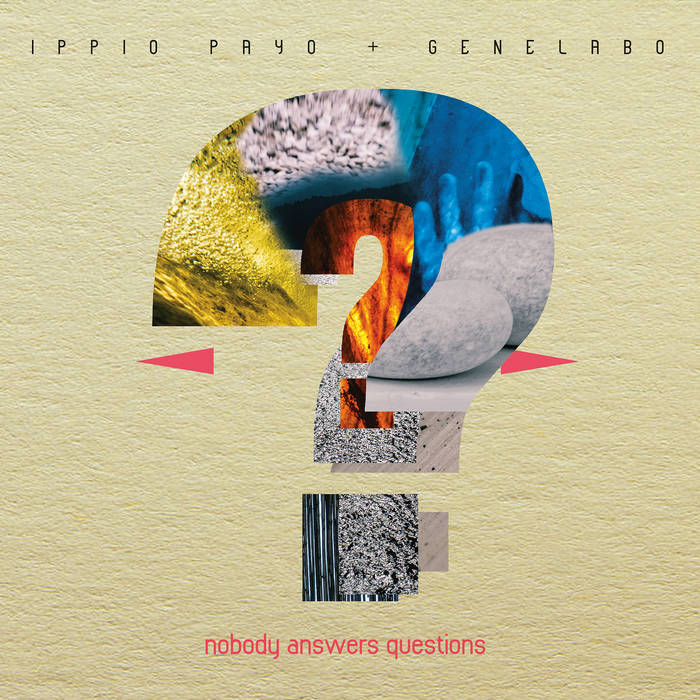 After countless collaborations between Josip Pavlov and Gene Aichner over the last 12 years, "N A Q" represents uncharted waters for both of them. With only the most basic equipment, they face the passage. Their mutual understanding, musically and artistically, invites the audience aboard.

Everyone embarks on a journey in the belly of a ship - that means it’s crampy but also snuggly - uncomfortable, intimate, close but unsighted - a journey into the unknown full of questions - who will be answering them?

Up into the night, up up. We leave home, leave land. No morning dew will hold us! Away with us, into the dark sea! We rely on the boat, it is called Roditelj. The fathers are in the mountains, are behind the mountains. The boat has two masts, like new parents. Old Bracera, carry us on winter waves and defy the Bura, the wind from the northeast. Carry us far away, fascists are approaching!

People are fleeing as this record spins. The sound waves on this record do not yet know where they are headed. But lines are drawn. One leads from Vis to Bari, at the end of 1943, from Yugoslavia to Italy, from one camp to the next. Old people, women and children, Jews and wounded partisans, escorted by the southern Italian Resistenza and the British liberators. But the journey begins before Vis, with so many lines that take their course from so many other islands and places. From Makarska and Korčula, Brač and Šolta, Vodice, Hvar and elsewhere, tens of thousands gather in Vis and cross the Adriatic. And their journey does not end there, in Bari, Tuturano and Taranto. It goes down, on bigger ships made of steel, in February 1944. Beneath protective stars and the pounding of engines below deck and off on its way down to Africa!

Someone wise once said that for fish, lakes are islands. And yet, on these islands of water, the fish are not necessarily safe. So, in this scene, the fugitives resemble the fish, in constant fear of getting caught in a net from which there is no escape. The sea is an island to them, but what will await them on the other shore? Mines and submarines lurk beneath the surface of the sea, and the sky threatens with attacks from up above.

And then, the view opens up to reveal nothing much than more sand. Beyond Port Said, Egypt, at the end of a ghostly railroad track, lies: El Shatt. White fabric city, lined up in the middle of the Sinai desert. Not heaven, not hell. During the day purgatory, at night as cold as ice. For a year and a half, the commune of forty thousand people shares its bed and bread in the British canvas tents, its daily life organized in committees. There is time for cultural life with theater and a choir group under the star direction of Josip Hatze from Split. Many of the under-two-year-olds and the elderly will not live to see the new Yugoslavia under the leadership of Josip 'Tito' Broz; they remain there, under the desert sands of El Shatt.

It is now over twenty years ago since my friend, the musician Josip 'Ippio Payo' Pavlov, boarded the night bus in Zagreb, crossed the Alps and found a new home in Munich. Thinking in terms of nationalisms is completely alien to Josip, who grew up on the island of Murter and calls himself an Illyrian. The history of El Shatt did not accompany him until two years ago, when he was on a solo tour by bus and train and reading Alida Bremer's book "Oliva's Garden" in southern Italy between Bari and Taranto. Back in Munich, it was Gene 'Genelabo' Aichner who understood El Shatt as a directive to take up the story of flight as a leitmotif for an audiovisual performance. Corresponding to Josip's musical clockwork system of guitar runs and arpeggios, standup chimes and electric to electronic spatial expansion, Gene designs spaces out of projection progressions and mapping. Live, Gene then casts his net of light lines over Josip's sound noise, twisting and changing in rhythm, sometimes tracing the fluid nature of water, sometimes climbing up and along walls. Shifting and dissolving borderlines, a game with an open outcome.

photographie by Catherine Hofer and Genelabo

This is a co-release with Echokammer ‎/ ek092

IPPIO PAYO is the alter ego of Josip Pavlov – Munich-based musician, composer and defining member of bands such as Majmoon, Das Weiße Pferd, The Grexits , Zwinkelman or NAQ. His work in film and theatre further underlines his multi-instrumental knack.

Bandcamp Daily  your guide to the world of Bandcamp

Guests John Beltran and Kim Myhr walk us through their magical musical adventures.